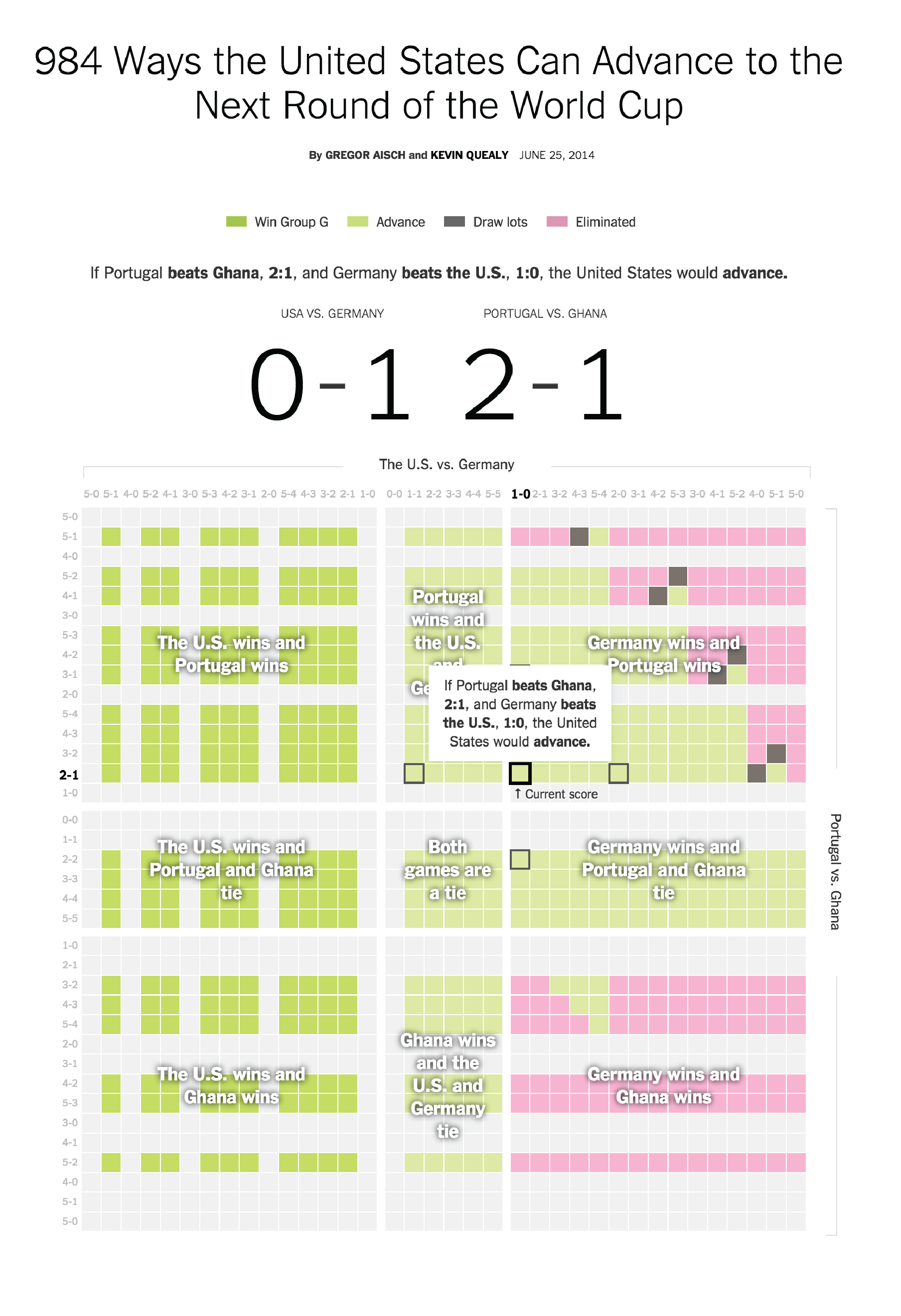 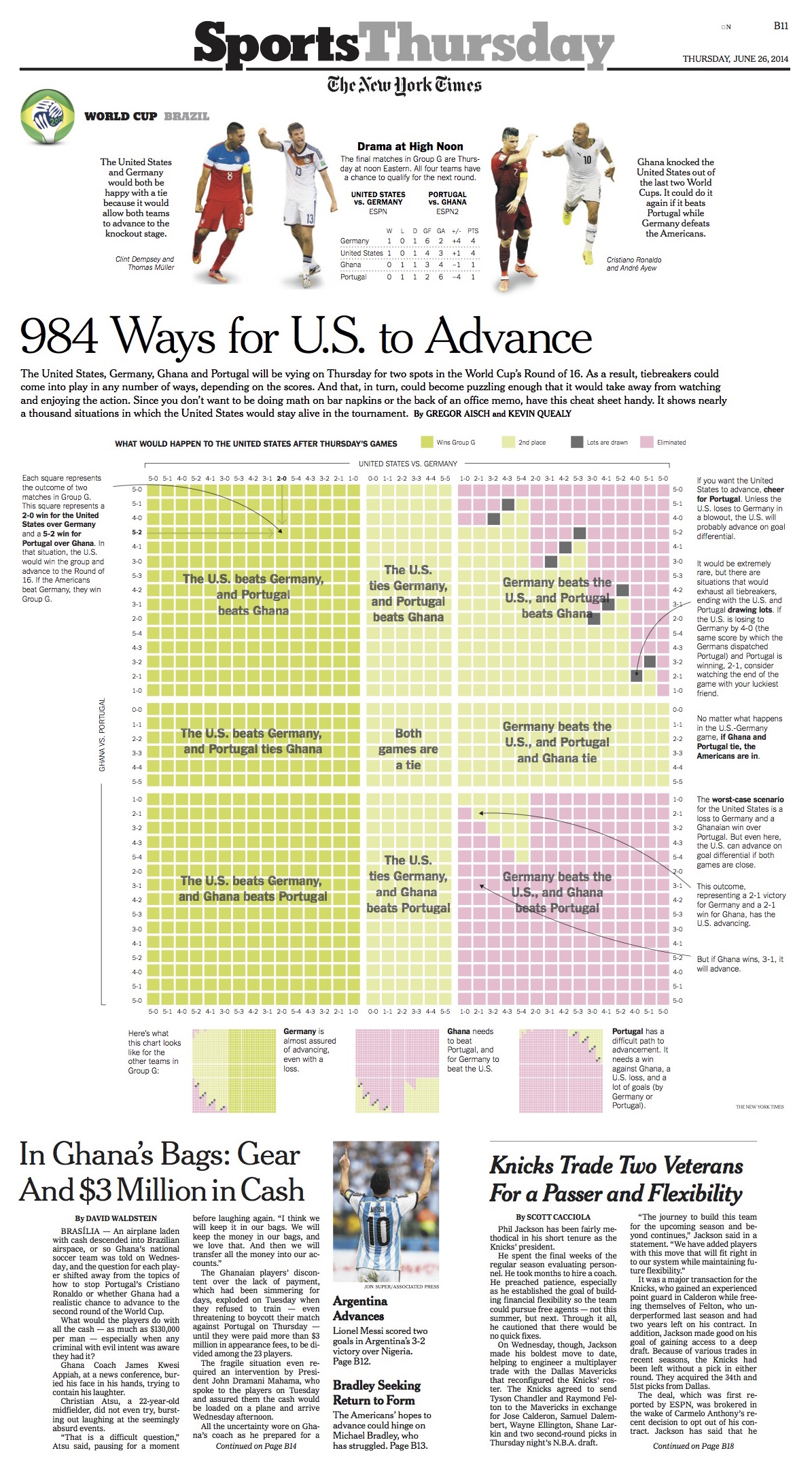 At the end of the group round of the 2014 world cup, the United States men soccer team was not yet set to advance. But their fortune did not just depend on the outcome of the final group round match against Germany, but also on the Portugal–Ghana game that was being held at the same time.

To visualize the US team’s chances to advance we computed all combinations of game results for both games up to scores of five goals – and put them all in one big table. And since we were hooked into a data feed of live scores from the games, we programmed the table to update live during the game.