The Changing Nature of Middle-Class Jobs 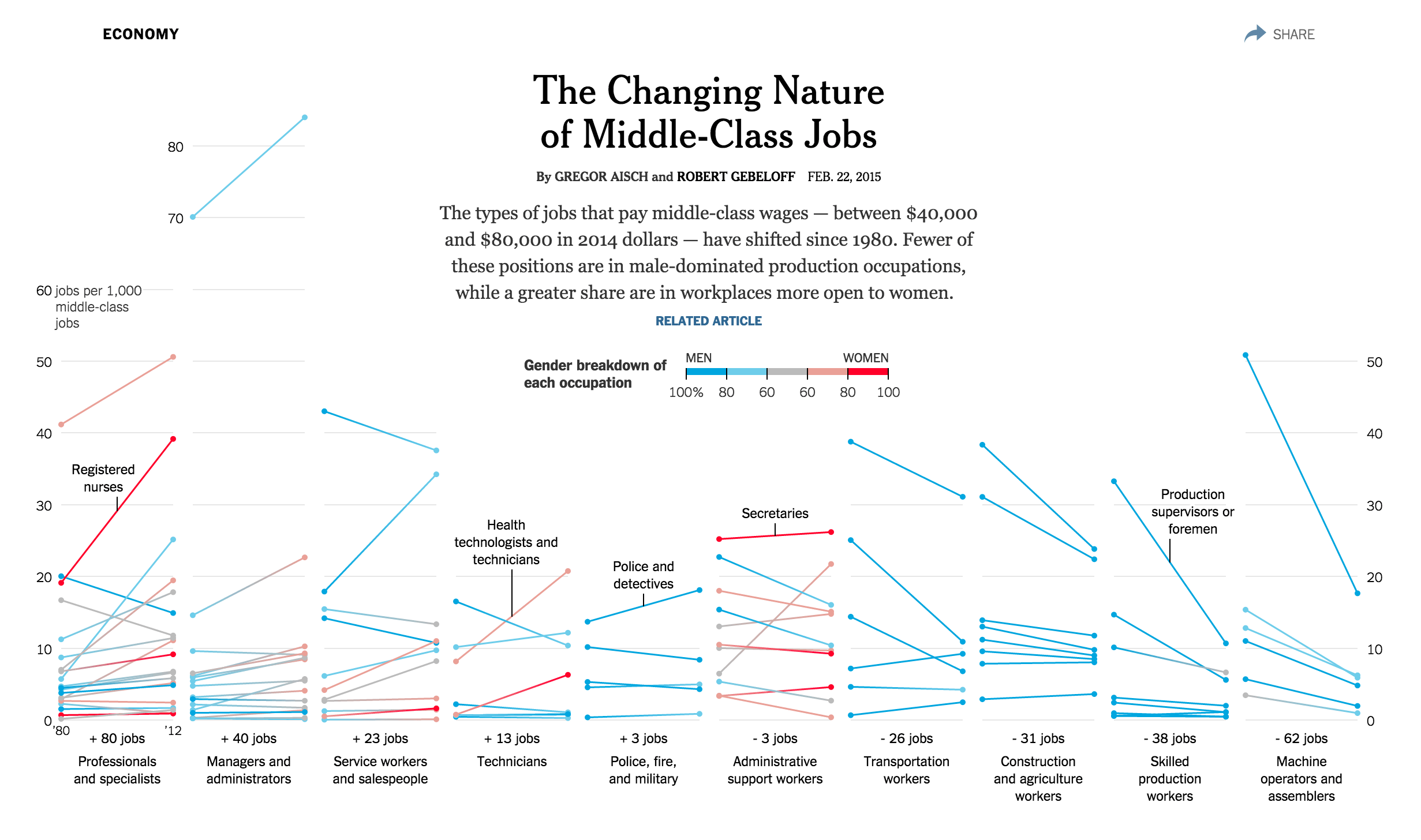 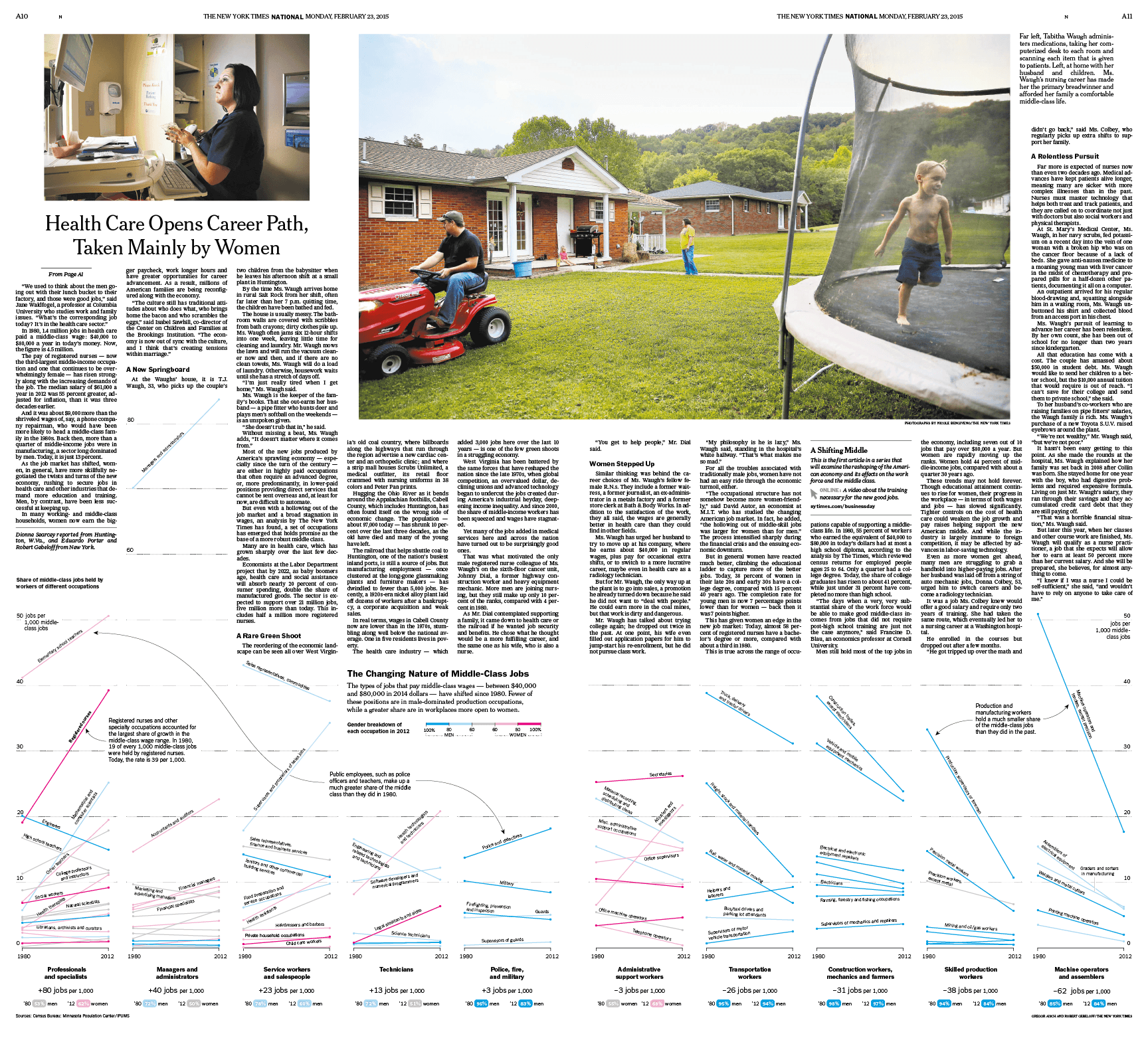 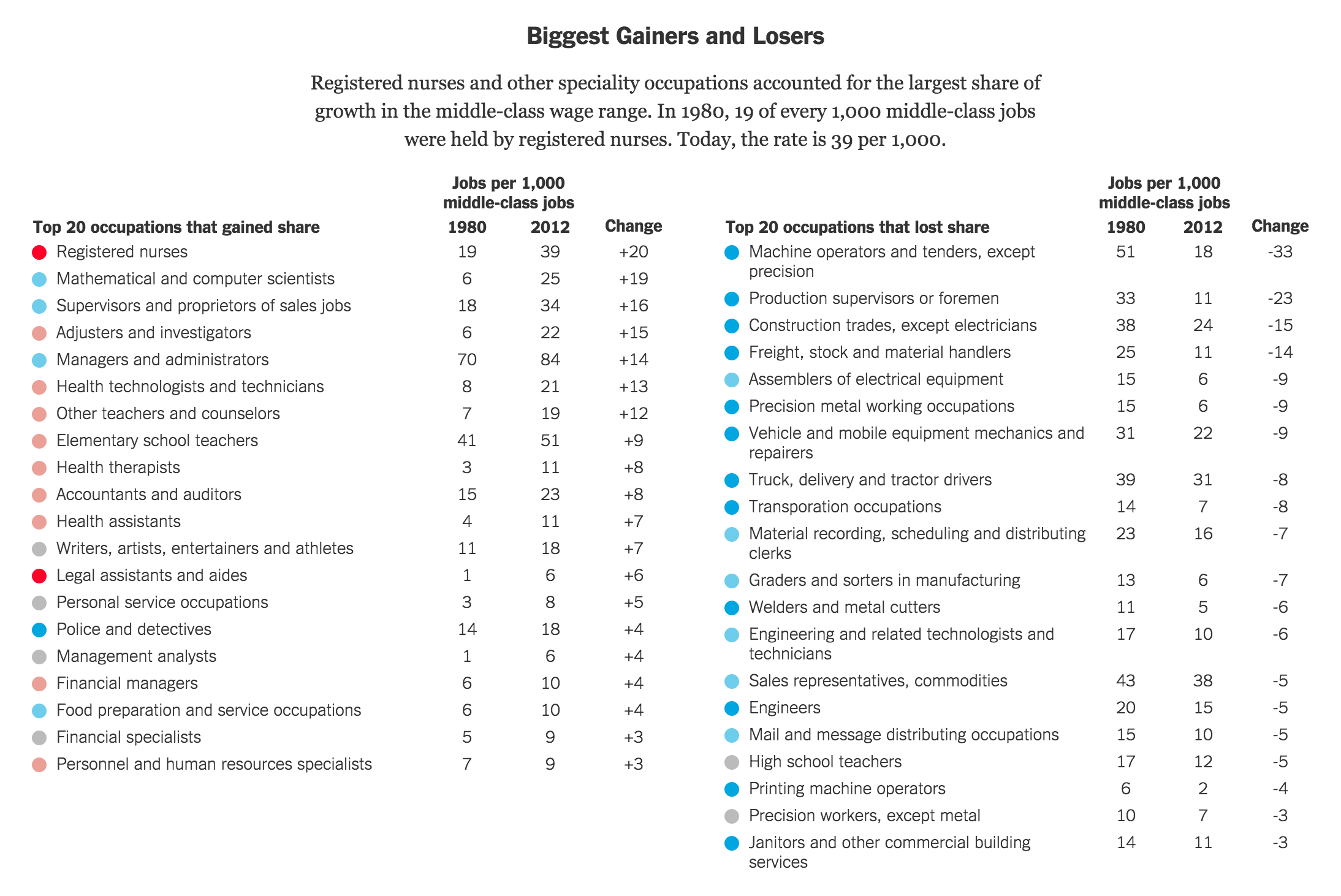 The Changing Nature of Middle-Class Jobs

As part of a longer series about the American middle class, a group of New York Times reporters and data journalists analized employment statistics ranging of over a span of 30 years, which revealed that it are mostly women who benefited from the shifts in middle class jobs.

My part of this project was to find a visual form for this data that could help telling this story in a different way. I ended up using small multiple slope graphs with gradient strokes.

This is the one and only graphic for which I did the print version first, a giant monster filling an entire double truck (see below). And before you’re asking, nope, this doesn’t work on mobile at all..

Update: This piece won Silver for Print Feature and a Special Award for Equality and Woman’s Promotion at Malofjie 24.