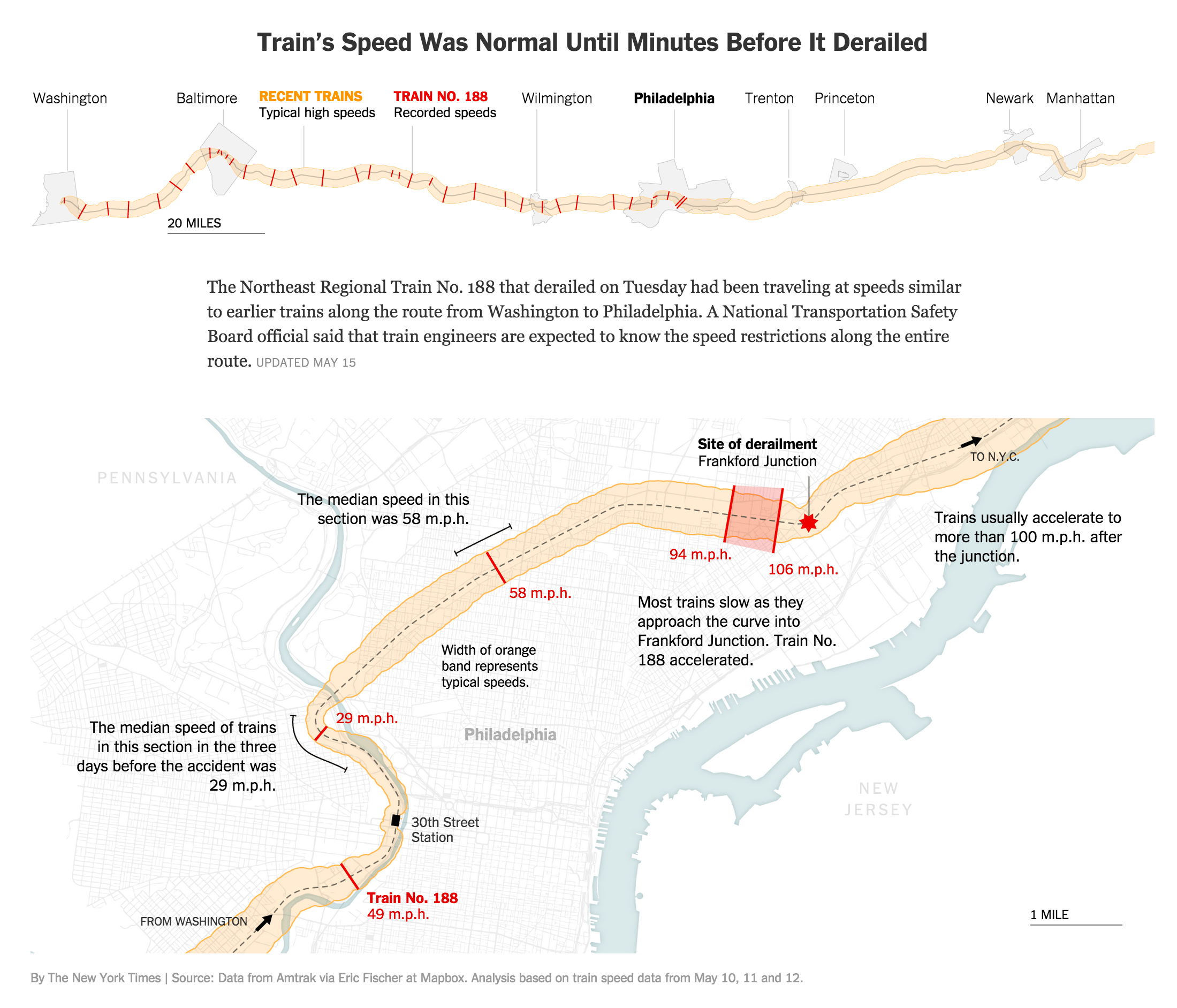 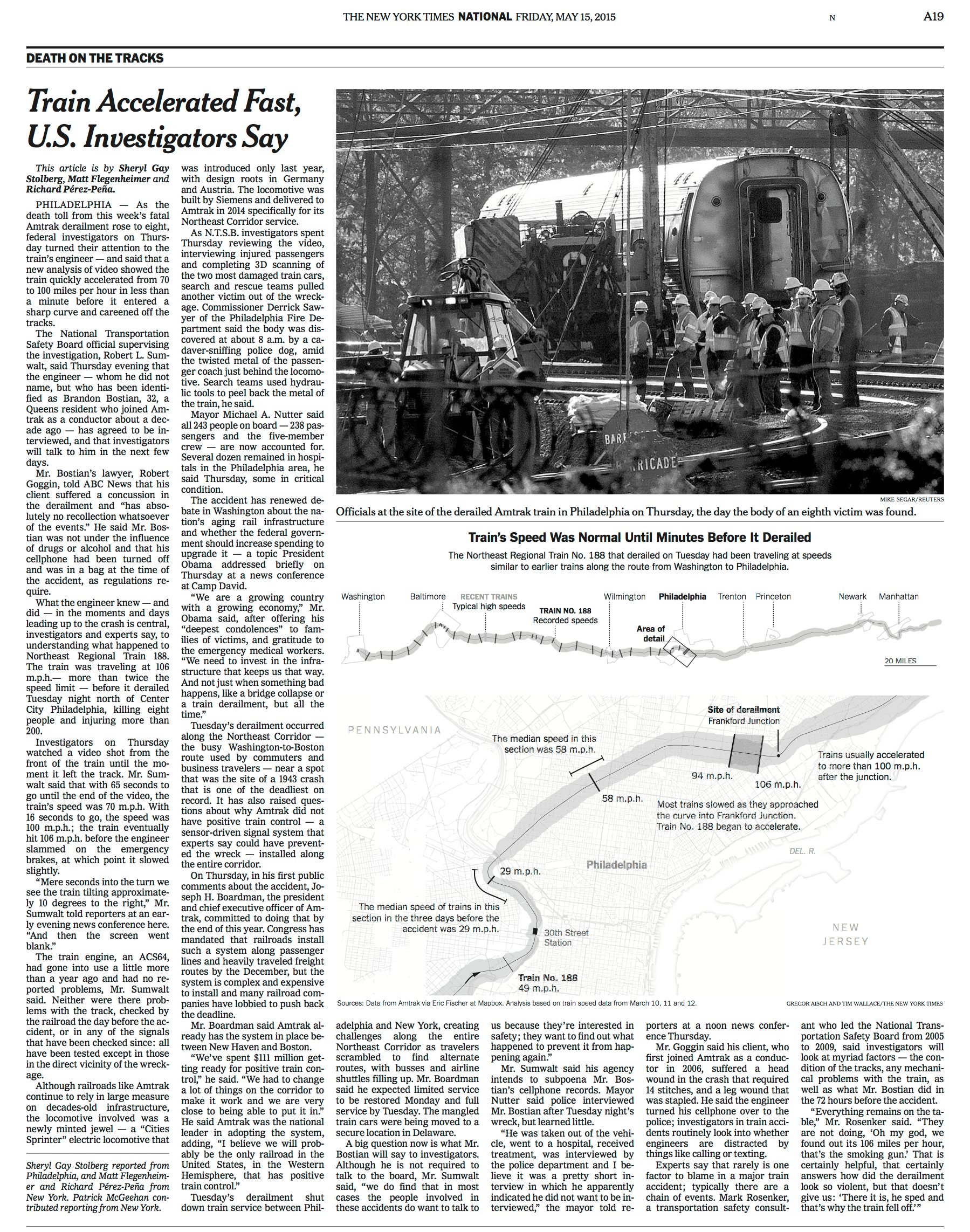 On May 12 the Amtrak train Northeast Regional 188 derailed in Philadelphia after apparantly driving too fast into a curve.

Thanks to Eric Fischer who had preemptively scraped the data feed that powers the live Amtrak train tracker, we were able to get a detailed dataset of train speeds on that train route over three days leading to the accident.

We used the data to compare the usual speeds on that part of the track with how fast the train 188 was going. Furthermore we were able to confirm that the train was not going faster than usual anywhere else before it derailed.