After Dominating Super Tuesday, Can Trump and Clinton Be Stopped? 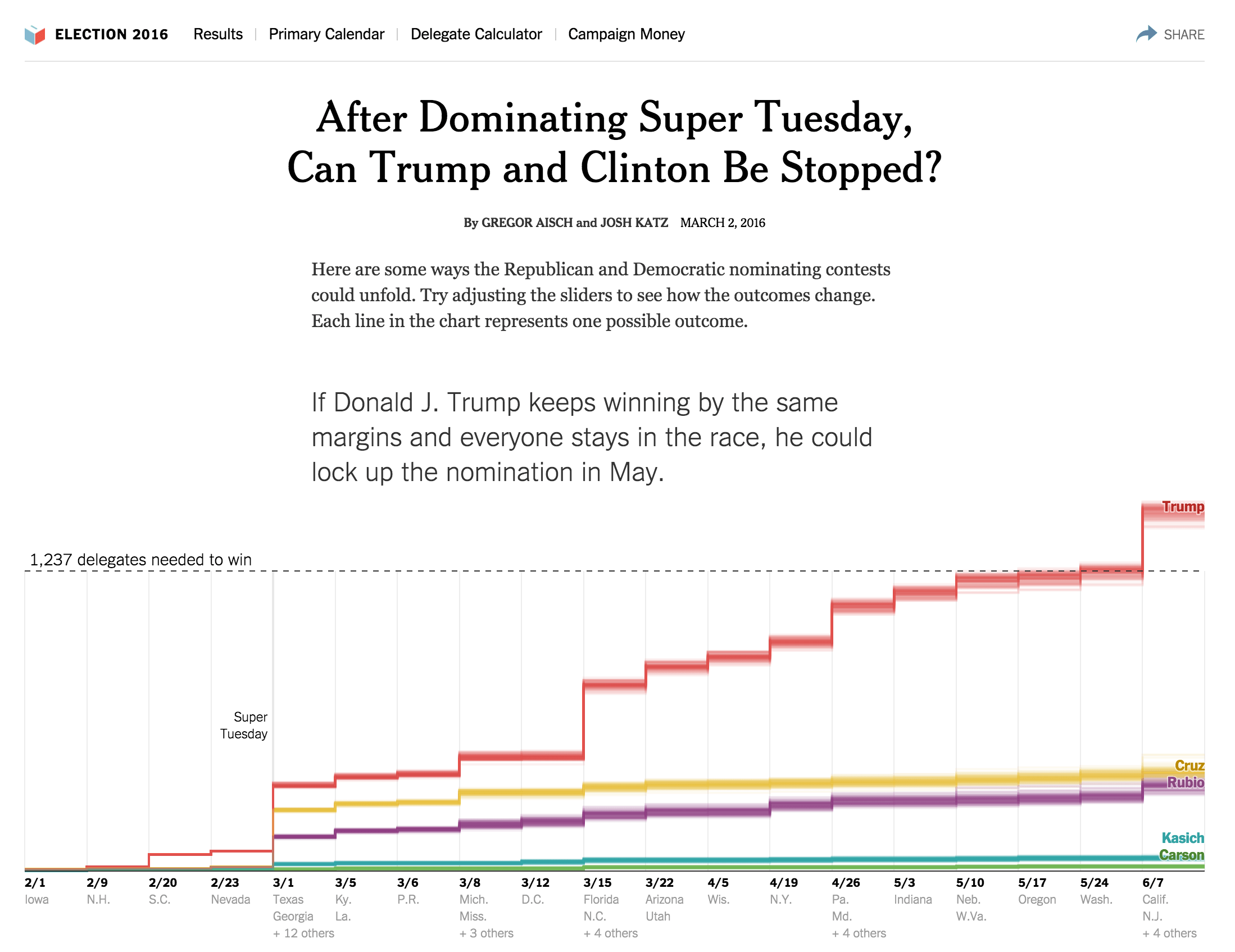 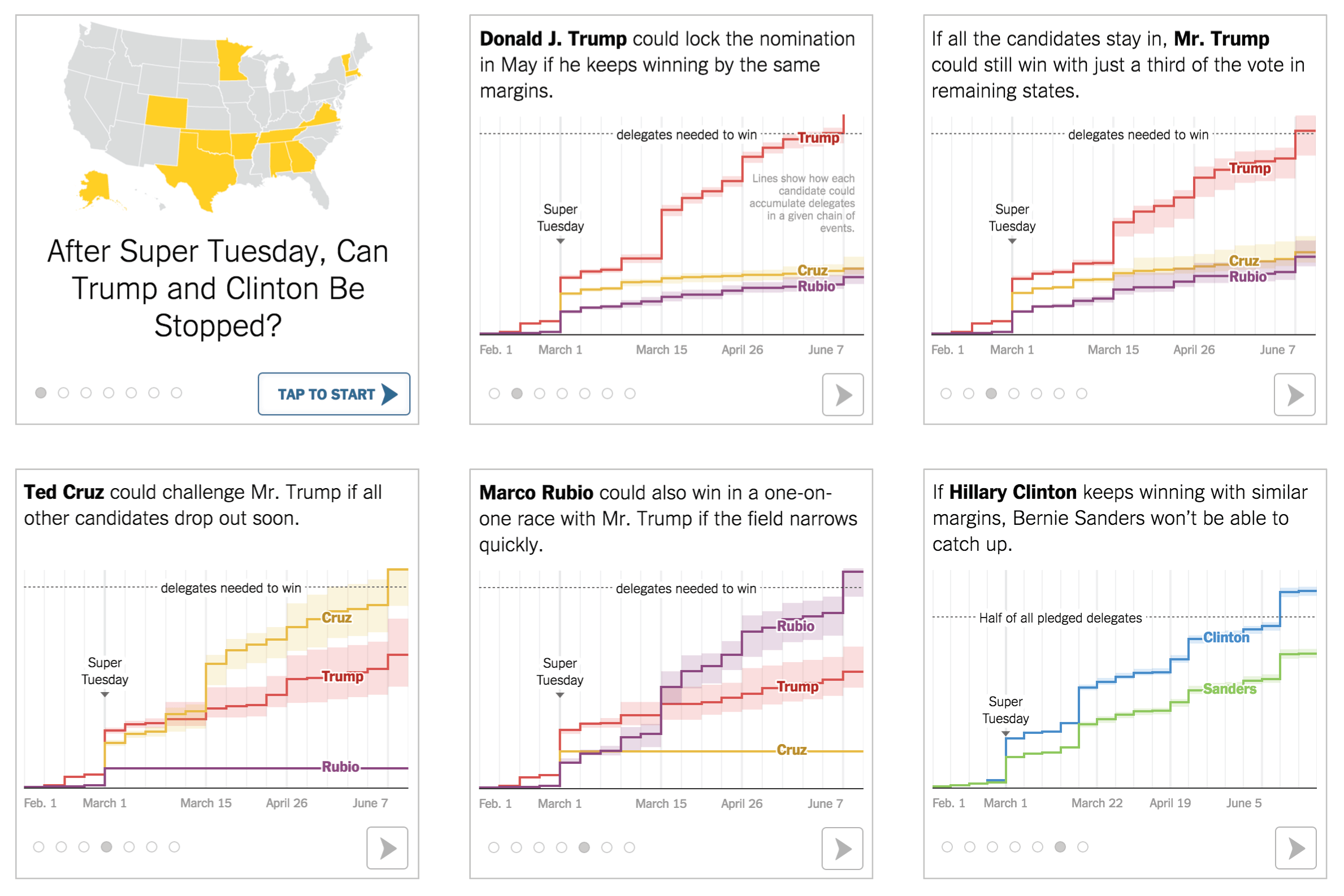 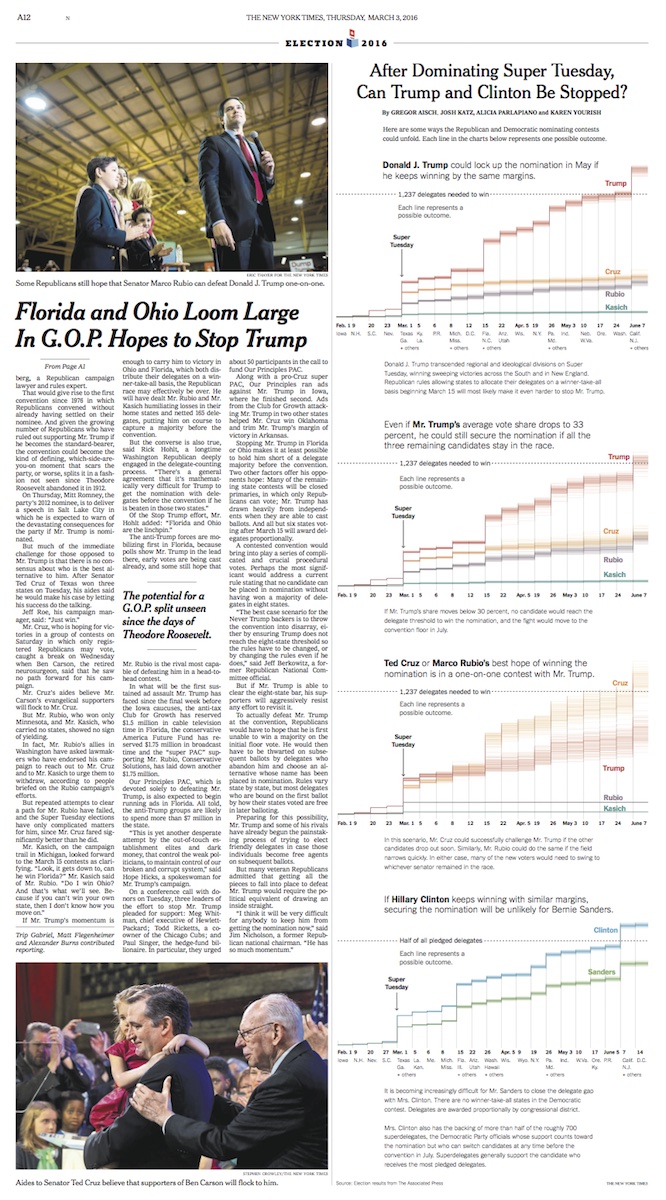 After Dominating Super Tuesday, Can Trump and Clinton Be Stopped?

This morning-after-Super-Tuesday update on our delegate calculator explores different scenarios of how the nomination race can unfold from March 1 on.

Amongst other scenarios, it shows that – if the race remains a five or six candidate race – Trump doesn’t need more than a third of the votes to secure the 1,237 delegates needed to win the nomination.

In addition to the standalone version we produced a quick-read animated swiper that ran ran both on the New York Times homepage and in our native mobile apps the morning after Super Tuesday.